Rhone style Syrah from the Desert. 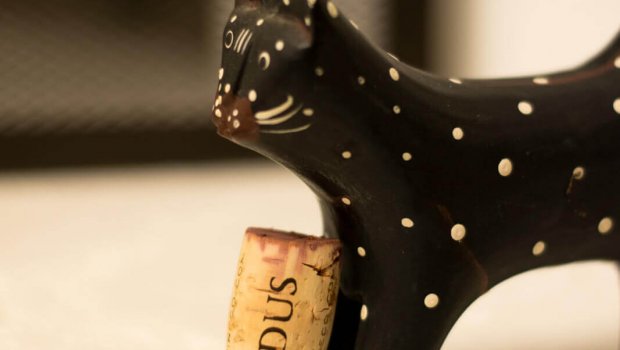 Before I received this 2015 Syrah from Aridus, I knew I liked it. I had visited their tasting room in Old Town Scottsdale, where I adored their Merlot and Tempranillo as well. How many of us have tried a particular wine in a tasting room, purchased the bottle, opened it up at home sometime later, and found it didn’t taste quite the same? Maybe it was better or worse than you remember? I’ve had quite a few bottles over the years that made me think my palate must’ve been off, or the new bottle was an imposter. This time, the Syrah I opened up at home, was even better than I remembered at the tasting room. 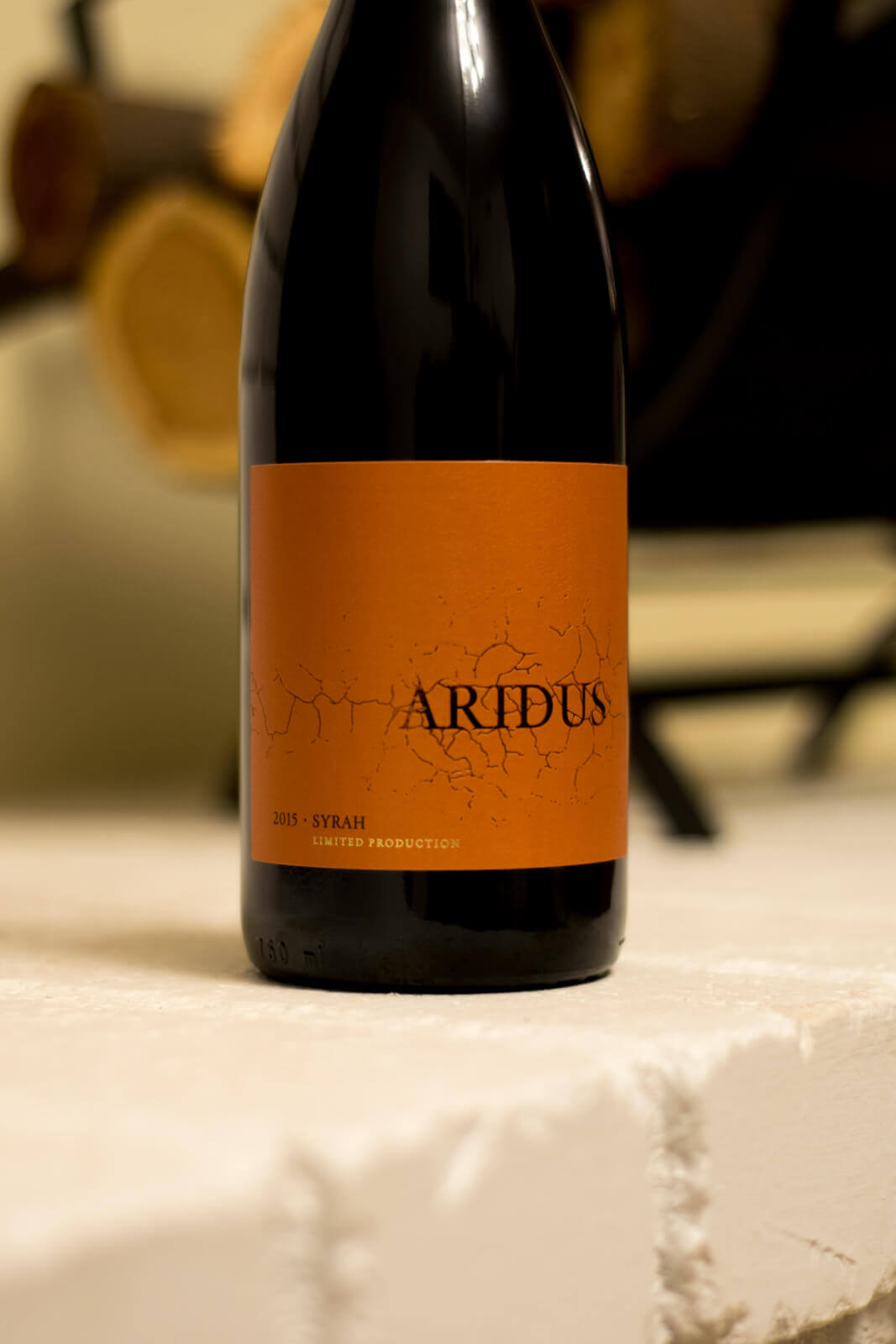 This bottle is versatile enough to be paired with many dishes, similar to a Pinot that way. You’d never guess it had a 14.3% alcohol!

Lovely ruby in the glass, medium-full bodied, with an instant nice pop of acidity upon opening (did not decant). Just the right amount of tannin, lots of arid earth without being funky — not that I mind a little funk in my reds, but it’s not meant to be in this one — deep, savory cherry (is it possible to have a savory cherry? Why not? I just got this deep, dry cherry thing at the midpalate) a subtle hint of clove, fine black pepper, leading to a lingering finish. Ahhhhh… It’s not good “for an Arizona wine” it’s simply good. 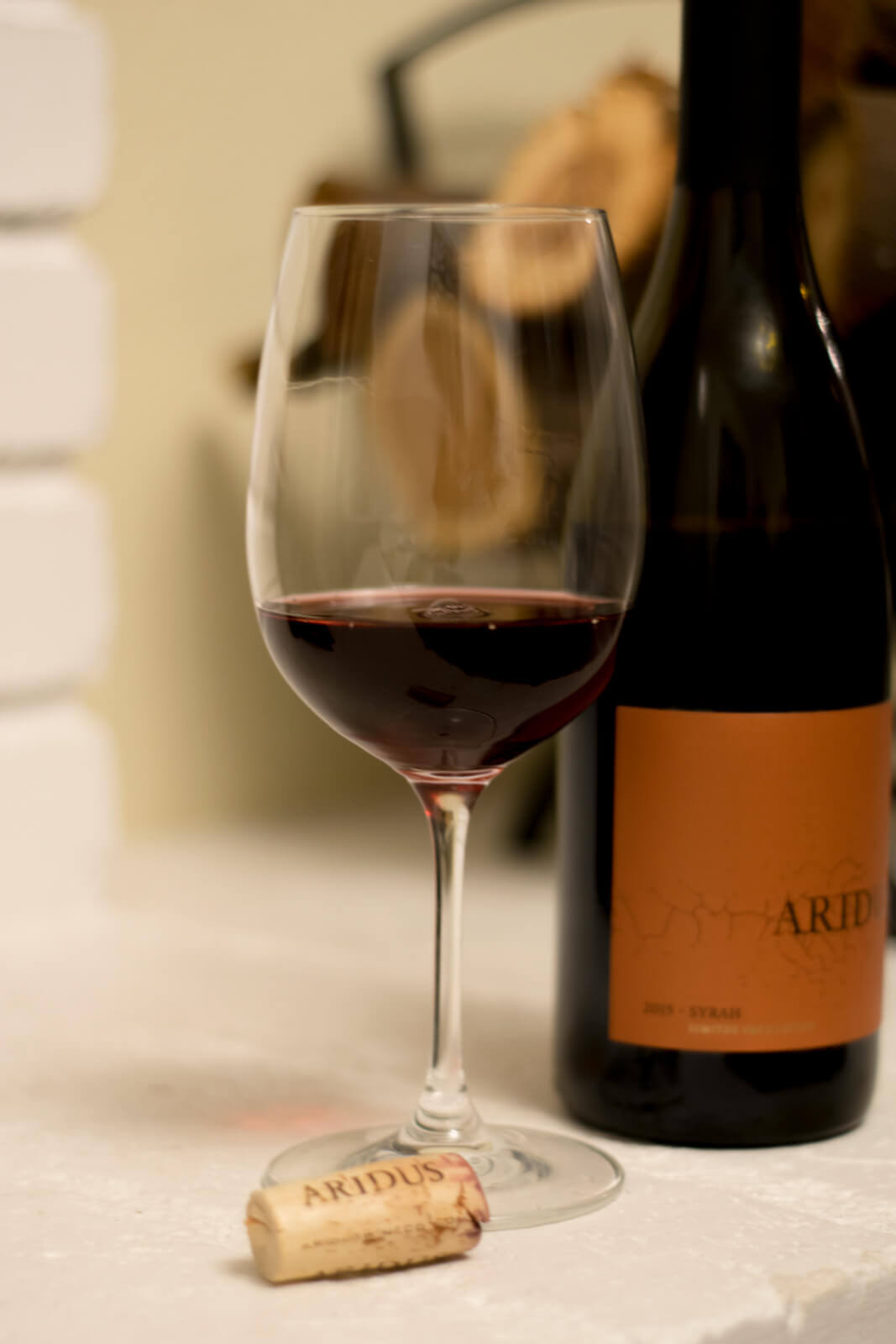 All of that in one glass? Yep. I kind of wish I had another bottle to open while I write this… #WineProblems

Grapes were sourced from Deep Sky Vineyards, just outside of Willcox, Arizona. Their website listed these interesting similarities between vineyards grown in Argentina and Arizona:

The majority of Syrah grapes are grown in France, then Australia, with Spain and Argentina following closely behind. Arizona is still considered by many as an up and coming wine region, but the wines I’ve experienced are made with such quality and passion, all wine lovers should give Arizona wine a try! The downside of being a bottle of wine in Arizona is the extreme heat in the summer (half of the year), so shipping or receiving wine deliveries come to a halt when it gets too hot. Speaking of… when I was in my 20’s, just starting out in the world of wine, I drank my inexpensive (mass-produced/bulk/cheap) red wines at “room temperature”.

Serving temperature for full-bodied red wine should be consistent, and anywhere between 55-65°F

I remember those bottles. Over-cooked, stewed, dead fruit with no complexity or wonderful aromas. It seemed as if the cheap, hot wine even had more alcohol fumes, taking layers of epithelial tissue from the esophagus as it burned down, finally hitting it’s final stage of gut rot in the stomach. Just a glass of heat stroke flabby bleh. It’s amazing I still like red wine.

Temps, even just over 70°F can permanently alter a bottle of wine. Wine exposed to too much or long-term heat are described as “cooked”

I thought they were supposed to taste like that. Just needed to toughen up, and acquire the palate (and stomach) for it. Room temperature in Phoenix (unless you have an industrial or multiple air conditioners) is about 80°F in the middle of summer, where average daily temps are 115°F or above. Why had I not researched proper serving temperatures all those years ago?? This is why education is so important!

Cheers to always learning something new and sipping wine (at the proper temperature;)!